The Journey to Understand the Metabolism of THC  The more cannabis is studied, the more the complexities of its chemical compounds and how they interact with the human body are revealed. The cannabis plant has more than 400 bioactive agents but the most studied include tetrahydrocannabinol (THC) and cannabidiol (CBD). In fact, of all the compounds in the cannabis plant, only a handful have been studied so far, meaning very little is known about the biochemistry of the entire plant. That said, contemporary scientists have been studying the cannabis plant for almost 100 years.

The first experiments on single cannabinoids were carried out in the 1940s in U.S. and U.K. labs, with the first real breakthrough coming in the 1960s when the Israeli biochemist Dr. Raphael Mechoulam isolated THC in 1963, and CBD in 1964. These discoveries led to a greater understanding of the metabolism of THC and sparked further research that revealed the presence of CB1 and CB2 receptors in the 1980s, and endocannabinoids in the 1990s. Indeed, the story of THC tracks an exciting time in the history of scientific research, and continues to inspire breakthroughs, most recently, the discovery of CB1 receptors in mitochondria.

Delt-9-tetrahydrocannabinol (THC) was one of the first cannabinoids to be isolated, discovered in 1963 in the lab of Israeli biochemist Dr. Raphael Mechoulam. The lab of Dr. Mechoulam would go on to make some of the most important foundational discoveries in the scientific research of the cannabis plant. Though his lab wasn’t the only research team investigating cannabis, this early research provided insights into the pharmacological effects of THC but failed to uncover the mechanisms that produced these effects.

By the 1970s the CYP system of drug-metabolizing enzymes was attracting much attention. In 1954, a young German scientist, M. Klingenberg, discovered the CYP system during his research on steroid hormone metabolism. However, at first, he didn’t know what it was, and it would take another 10 years of research by different research teams before the role of the CYP system was identified as a catalyst in steroid hormone synthesis and drug metabolism. Numerous CYP proteins have since been discovered, and are located all over the body.

Cytochrome P450 (CYP) is a hemeprotein that plays a key role in the metabolism of drugs. Drug metabolism occurs in many sites in the body including the liver, intestinal wall, lungs, kidneys and plasma. However, the liver is the primary site of drug metabolism, facilitating detoxification and excretion by enzymatically converting lipid-soluble compounds into water-soluble compounds. Drug metabolism is achieved through phase I and phase II mechanisms. Oxidation is an example of a phase I mechanism, catalyzed by the CYP system.

In the 1970s, cannabinoid scientists drew on CYP system research to investigate the metabolism of THC and other cannabinoids in animals and humans. As a result of work done at this time, it’s now known that to metabolize THC hepatic CYP enzymes convert it by hydroxylation into the metabolite 11-hydroxy-Δ9-THC. The phase I metabolites of Δ9-THC are converted in the liver to glucuronides and, after their biliary excretion into the intestinal tract these glucuronides undergo enzyme-based hydrolysis to 11-hydroxy-Δ9-THC and Δ9-THC-11-oic acid. Then, the hunt was on to discover the mechanisms that produced these effects.

G-protein coupled receptors (GPCRs) are the largest and most diverse group of membrane receptors in eukaryotes (any cell that contains a nucleus.) These cell surface receptors act like an inbox for messages in the form of light energy, peptides, lipids, sugars and proteins. These messages contain vital information for cells about the presence of light and nutrients in the environment, or convey information sent by other cells. GPCRs bind to a large variety of signaling molecules and play a role in numerous physiological functions.

Researchers estimate that between one-third and one-half of all marketed drugs work by binding to GPCRs. Humans have almost 1,000 different GPCRs and each one is specific to a particular signal. The shape of GPCRs allows them to embed a cell’s plasma membrane, and they have intervening portions that loop onto the inside and outside of cells. These loops form the pockets that enable signaling molecules to bind to the GPCR, which then triggers an interaction between the GPCR and a nearby G-protein.

In turn, G-proteins activate enzymes and ion channels to produce second messengers that can stimulate or inhibit cell activity such as adenylyl cyclase. Adenylyl cyclase is an important enzyme that plays a key role in sugar and lipid metabolism, olfaction, cell growth and differentiation. Research into GPCRs led to the discovery of CB1 receptors in the 1980s. At the time, there were advances in the understanding of the signaling by G-protein coupled receptors thanks to the development of novel cannabinoids by Pfizer.

Further research using the Pfizer cannabinoid confirmed the action of CB1 via G-protein coupled receptors in 1990. The CB2 receptor was discovered in 1993. This work showed that cannabinoids have the ability to inhibit or activate adenylate cyclase by acting via G-protein coupled receptors. Since then, a great deal has been revealed about these receptors and how they work. CB1 receptors are found mostly in the central and peripheral nervous system where they mediate the inhibition of transmitter release.

Welcome to our news site. Subscribe to the Cannadelics Weekly Newsletter for updates on stories, and for access to offers on tons of merchandise, including cannabis flowers, vapes, edibles, smoking devices, cannabinoid compounds, and more. Please choose the products you’re happiest to use!

The Discovery of Endocannabinoids

Early research showed that the distribution pattern and action of CB1 receptors in the central nervous system enabled them to produce hypokinesia (diminished motor activity) and catalepsy (type of seizure) as well as induce signs of analgesia (pain relief.) CB2 receptors are found mainly in immune cells and the likely role of these receptors includes modulation of cytokine release and immune cell migration –cytokines are a broad category of protein peptides that act as immune cell modulators. The question then became whether or not the effect of a cannabinoid could be mediated by the receptor. Again, the answer came from the lab of Dr. Raphael Mechoulam.

In 1992, a researcher working in his lab identified a lipophilic molecule that had the ability to activate CB1 receptors. Receptors and molecules can play different role, acting as either agonist or antagonist. An agonist is a molecule that stimulates an effect while antagonists inhibit an effect. At this time it was noted that the molecule had a partially inhibitory effect, and was classified as a CB1 receptor partial agonist. It was identified as arachidonoyl ethanolamide, and named anandamide, taken from the Sanskrit word “ananda,” meaning bliss.

Following on from the discovery of anandamide, it was discovered that mammalian tissue contains a number of other fatty acid derivatives that behave as endogenous cannabinoids. Apart from anandamide, the most studied of these is 2-arachidonoyl glycerol (2-AG.) Endogenous cannabinoids are synthesized on demand, and are mainly degraded by enzymes. Anandamide is degraded by fatty acid amide hydrolase (FAAH) and 2-AG by monoacylglycerol lipase (MAGL.) Most endocannabinoids have been identified as high- or low- efficacy cannabinoid receptor agonists.

It’s now also known that as well as activating CB1 and CB2 receptors, anandamide can also activate vanilloid TRPV1 receptors. These receptors are designed to detect a wide range of temperatures from hot (TRPV1 and TRPV2) to cold (TRPA1) noxious temperatures and innocuous thermal stimuli (TRPV3, TRPV4, TRPM8.) These receptors are expressed in sensory nerve fibers and non-neuronal cells. The TRPV1 receptor is also known as the capsaicin receptor. Capsaicin is what makes the red chili pepper hot.

More recent research has shown that CB1 receptors are not only present in cell plasma membranes but also functionally present in brain and muscle mitochondria (mtCB1) where they regulate cellular respiration and energy production. Various studies between 2012 and 2014 show that the activation of brain mtCB1 reduces mitochondrial respiration and energy (ATP) production, and in muscles they’re involved in the regulation of oxidation. This journey began with the call to understand the metabolism of one fascinating cannabinoid THC, and has led to a revision in the understanding of human biochemistry with new discoveries that continue to this day.

Welcome readers!! Thanks for making your way to Cannadelics.com; a news platform where we work hard to offer high quality coverage of the cannabis and psychedelics landscapes. Hang out with us when you can to stay current on everything going on, and subscribe to the Cannadelics Weekly Newsletter, to ensure you’re never late on getting a story. 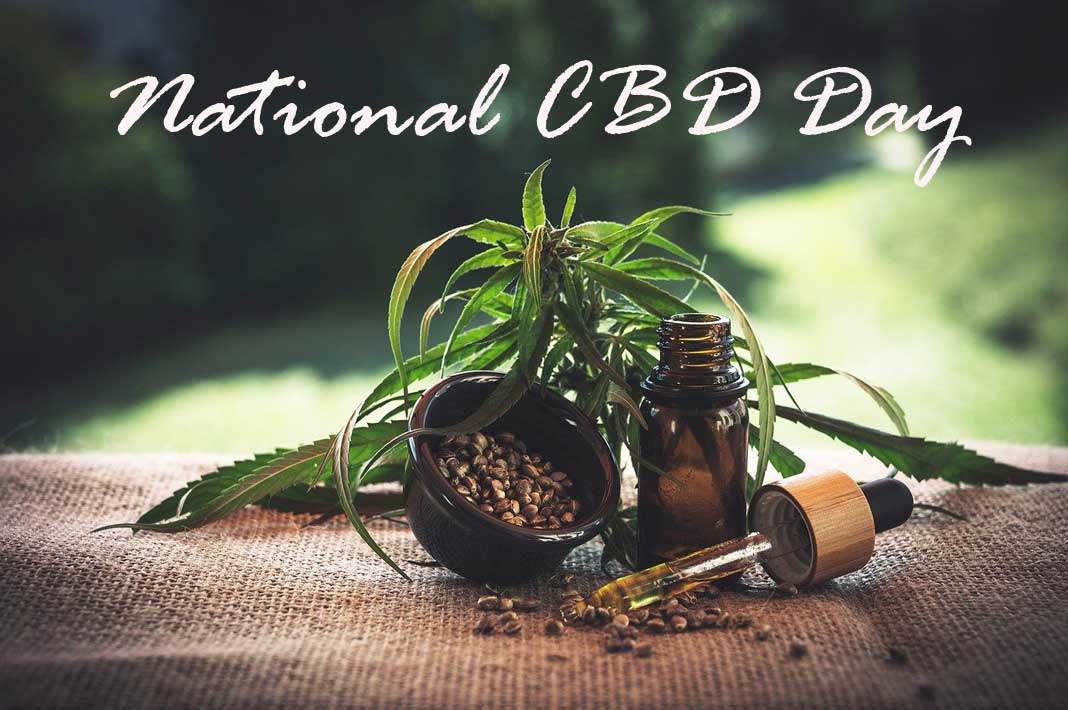