Svalbard: The Doomsday Seed Vault, And What’s Inside

We’re a world of worriers, and rightfully so when it comes to certain things. If you’re concerned about the environment for example, there’s good reason to have fears. And these fears are global. How do we know that? By the existence of something like the Svalbard doomsday seed vault in Norway. So what is this vault for? And what’s inside? Read on to find out.

Welcome to the site. Subscribe to our Cannadelics Weekly Newsletter for all important updates; and to get first-place access to tons of deals on stuff like cannabis flowers, vapes, edibles, smoking paraphernalia, cannabinoid compounds (including delta-8), and a lot more. Get your holiday shopping done here!

A seed vault – or seed bank – is what it sounds like. A big old vault that contains a bunch of seeds. Seed vaults aren’t uncommon, and are found in many places. Sometimes they’re to house the seeds used for scientific research, or for sale to consumers, and sometimes they’re seeds put away just in case everything in the world goes wrong, and we’re left to start at the beginning. Think large-scale nuclear war, or something like that. As per the site for the University of Washington Botanic Gardens:

“Seed banking allows scientists to preserve the genetic resources of plant species so that these species are not lost in the event of a catastrophe.” In reference to the Miller Seed Vault, the largest vault of the Pacific-Northwest, the site explains that its “Reinforced for earthquake protection”, and that the “environment in both the workroom and short-term storage room are maintained at 15 degrees C. (57 degrees F.) and 22% relative humidity to quickly dry the seeds and keep them dry as seeds are cleaned, counted, and processed for long-term storage.”

Of the longer-term storage, the site explains, “Seeds being held for ex situ conservation are ultimately placed in the long-term storage freezer. These seeds are placed in foil laminate bags and heat sealed to moisture-proof the contents. The temperature of the freezer is –18 degrees C. At this temperature, we expect many of these seeds to survive for decades before they lose viability.”

This is meant as a fail-safe, and a way to ensure the ability for biodiversity. As such, these vaults need to be kept in the right environmental conditions. As these seeds represent the ability to continue on in the direst of circumstances, they are often highly protected, in facilities with extreme security measures taken. Most any country should have several vaults for some purpose or another.

The idea of these vaults can also be thought of as gene banks. Though the term ‘gene bank’ refers to any biorepository for different kinds of genetic material, this applies to plants as well. When plants are stored in these places, it’s done as in vitro storage, freezing parts of the plant, or stocking seeds. We’re focused on this last option.

What’s so special about the Svalbard Global Seed Vault?

Every country has a variety of seed vaults for different purposes, right? And we don’t usually hear much about them. But there’s one seed vault that is more well known, and it resides on a cold and remote Norwegian island called Svalbard.

Svalbard (AKA Spitsbergen) is part of the Norwegian archipelago (small island grouping) in the Arctic Ocean, and the only permanently populated of the islands in the region. Apart from a few small communities, the area is rather remote, though it does have the designations of both an economic zone, and demilitarized zone.

Though once a base for whalers and miners, (with the latter industry still in existence), the area is also big for research facilities, which includes the University Centre in Svalbard. Along with the Svalbard seed vault, this research facility plays a large role in the current economy of the area.

The region isn’t the most welcoming in terms of climate, offering up Arctic temperatures, and a land space covered 60% by glaciers. Much of the island is mountainous, with fjords running through. As of 2016, less than 3,000 people called this cold island home.

The other big industry on the island other then research, is the Svalbard Global Seed Vault, which acts as a doomsday vault for agriculture. Unlike the individual seed banks and gene vaults of other countries, the Svalbard seed bank holds duplicates of what’s found in these other repositories, making it a backup for other seed banks, and the biggest seed bank in the world. So if anything happens to these other seed banks – from nuclear wars to massive natural disasters to simple mismanagement to funding cuts, there’s a backup version of what they hold.

Think of having a backup hard drive; that’s what the Svalbard seed vault essentially is. It’s not exactly like backing up to the cloud, because it’s most definitely a brick and mortar location. But it’s like taking all the information on your phone and computer, and wherever else you have info, and backing it all up in another place just in case the original copy gets damaged. As a global seed bank, it operates under a tripartite agreement between the Norwegian government; NordGen (Nordic Genetic Resource Center); and the Crop Trust, an international nonprofit organization.

History of the Svalbard seed vault

All of this started in 1984 when what’s now known as NordGen (then the Nordic Gene Bank) began storing backups of frozen seeds for plant germplasm (genetic material maintained for breeding). At that time, the material was kept in abandoned coal mines on the same island that now houses the official vault. The closest town to the vault is Longyearbyen, which is the biggest settlement of the island.

It wasn’t until 2001 that the International Treaty on Plant Genetic Resources for Food and Agriculture (ITPGRFA) was established, which is a system maintained for accessing plant genetic material. After it came out it was quickly ratified by other countries. In 2004, the treaty came into effect, and the framework for one international security facility for seeds began, and was soon endorsed by the FAO Commission on Genetic Resources for Food and Agriculture. Construction of the vault started soon after at a cost of $8.8 million (45 million kr) to the Norwegian government, and the official opening of the vault was on February 26th, 2008.

By its first anniversary, the vault was home to well over 400,000 seed samples, comprised of over 20 million seeds. This made for 1/3 of the world’s food crops, particularly those deemed important. By 2018, the number of samples reached over 1 million, though it should be pointed out that a sample is not necessarily just one seed, which is why seeds way outnumber sample numbers. One sample can contain multiple seeds. According to CropTrust, it houses 1,194,244 specific seed samples, which is representative of more than 13,000 years of agricultural history.

Though yearly numbers can change, in 2019, it cost around $282,000 (equivalent to 2.4 million kr) to maintain the facility. There are, apparently, no permanent staff attending to the vault. Where exactly is this massive seed haven? It sits 130 meters inside a mountain of sandstone on the island.

This particular location was considered ideal because of its permafrost which helps with preservation; and the lack of tectonic activity, meaning no issues with earthquakes and volcanoes. Along with natural cooling, the site employs the help of coal to keep temperatures at −18 °C (−0.4 °F). To give an idea of how stable the cold is, its said that even if no more power aided it, it would take about two centuries for the temperature to hit 0 °C (32 °F).

If you want a strange little seed vault (and Norwegian legal) fact, the vault actually has a large piece of illuminated artwork on the front face and roof, by artist Dyveke Sanne. This is visible in pictures. Why does displaying art matter in such a remote place without the general public? Because it’s a law in Norway that if the government funds a construction project over a certain amount of money, it must include artwork!

Seed storage, and what about cannabis?

Ensuring the seeds stay alive is quite a task. After all, it doesn’t help to do all this if the seeds can easily die. To ensure their lives, seeds are stored in airtight three-ply aluminum bags, with as many as 500 seeds per a bag, but the specific number per bag depends on seed size. These are then put in plastic tote containers that sit on metal shelves, or are stacked from floor to ceiling. They are stored at −18 °C (−0.4 °F), with very little oxygen. This lack of oxygen slows metabolic activity to delay the aging of the seeds.

Information on the seeds is kept in nanofilm which is attached to the seed containers. This includes the seed identity and other important information on the sample. The facility is big enough to hold approximately 4.5 million samples, which can mean hundreds of millions of seeds. The vault itself is down a 130 meter (430 ft) tunnel into the mountain, which leads to a chamber for added security.  Three vaults lead out from the chamber though not all are necessarily used.

What of cannabis? Is it represented among the millions of samples that sit frozen in the Svalbard Global Seed Vault? Though back several years it was reported that cannabis seeds were not a part of the vault, today the answer is different. According to Marijuna.com as of 2014, the number of cannabis seeds was around 21,500. Interestingly, anyone can do a search into the contents of the seed vault. My search turned up 66 records for cannabis, though the 66 is unrelated to sample numbers and seed totals. Searches for ‘psilocybe’, ‘peyote’, ‘Peruvian torch’, ‘San Pedro’ and ‘Psychotria viridis’ (main plant for DMT) turned up no results.

The seed vault is certainly in a remote location, but it does have a nearby neighbor, in the form of another vault. The Arctic World Archive, which is buried deep in a mine nearby, houses the data for different governments of the world, as well as private institutions. They act as fitting neighbors in this freezing cold and isolated landscape.

Maybe we’ll never need to access the Svalbard seed vault for anything worse than mismanagement of facilities in a specific country. And maybe it’ll be what saves humanity after something horrible. What is for sure, is that buried deep in a Norwegian mountain, there are a whole lot of seeds.

Welcome all! We appreciate you joining us at Cannadelics.com; a news site where we’re dedicated to bringing you the utmost in cannabis and psychedelics reporting. Stop by regularly to remain in-the-loop on current events and ongoing stories, and subscribe to the Cannadelics Weekly Newsletter, to ensure you’re never late to get the news. 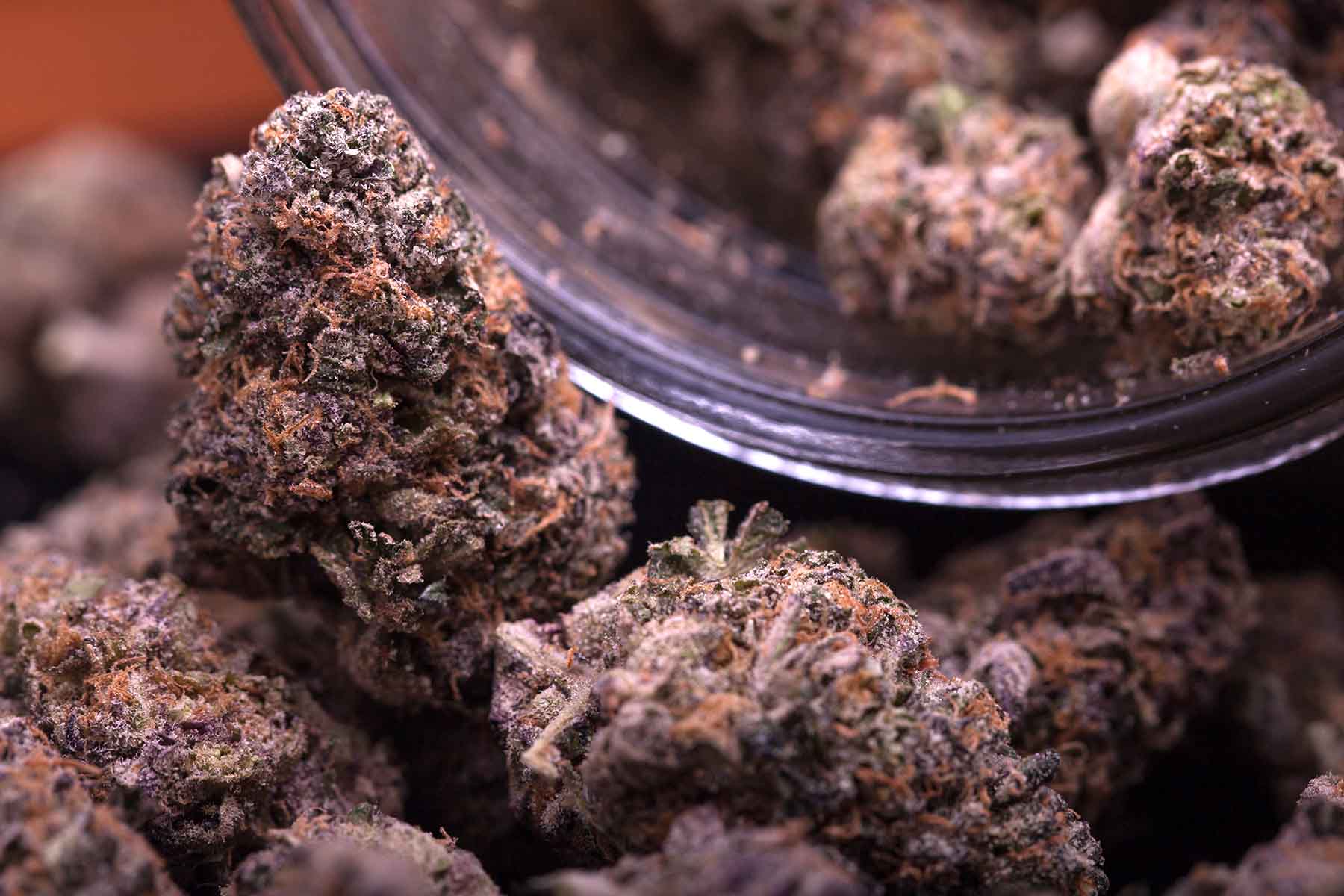 Previous Story:
What is PGR weed? And how can you spot it? Next Story:
My Own Ketamine Working experience: Part 3 – What It Indicates To Be a Non-Responder, and Alternate Therapies