In Praise of Dopamine: An Endocannabinoid Story “In skating over thin ice, our safety is in our speed.” – Ralph Waldo Emerson

It’s sad – intellectually dishonest even. For some reason, dopamine always gets put in the neurotransmitter box labeled ‘addictions and stimulants’. But this little amine is so much more.

When a kitten is born, she comes with an inborn tendency to lick herself for cleaning. But she doesn’t do a very good job at it, just nuzzling her paws with her tongue a bit. The instinct is there, but she needs encouragement from her environment. If separated from her mother, this kitten will never learn to clean herself properly – just a haphazard licking that will leave her forever mangy and bedraggled. But if mama cat encourages her and demonstrates the proper licking techniques for good hygiene, it’s the dopamine that enables the learning of that lesson.

Dopamine is the mother of learning – and the thrill of learning. Found in creatures as ancient as jellyfish, hydra, and corals, dopamine likely dates back 500 million years to the emergence of the first nervous systems. In every animal studied thus far, dopamine propels motor behaviors and rewards learning. Do you want to train a roundworm to navigate a maze? Give it a shot of dopamine as a prize.

Vital to our motivation and our motor control, dopamine also helps with our executive function and enables our lactation and our sexual gratification. When our dopamine machinery goes awry, it leads to some terrible maladies, most notably Parkinson’s disease.

Dopamine in the Brain

Given the many known neural functions of dopamine, it’s noteworthy that dopamine accomplishes so much from such a small base of command. Out of the 80+ billion neurons in the human brain, only around 400,000 of them are dopaminergic (dopamine producing). These exist predominantly in a spread across 11 cellular clusters running from the midbrain to the forebrain. But from these clusters, the axons of dopamine neurons project all over the brain to produce their wide-ranging effects.

The brain’s most important source of dopamine remains the basal ganglia, a center of motor systems as well as action selection (deciding among several possible behaviors to execute). Located in the midbrain, the basal ganglia can be divided into several areas and each area controls various types of behavior. Some reach out to the highest areas of brain like the prefrontal cortex to help with the selection of our actions and some areas act via the specific muscles we use to carry those actions out. Essentially, it’s a system of decision-making and the carrying out of actions.

Dopamine sets the threshold for the amount of signaling necessary to trigger a behavior. Thus, high levels of dopamine may lead to impulsive actions as well as to increased motor activity. Conversely, when dopamine levels are low, you experience slowed reactions and sluggishness. In Parkinson’s Disease, characterized by low levels of dopamine, the body resists following the brain’s commands and patients experience difficulty in initiating movement.

Once you start treating Parkinson’s with dopamine-raising drugs, it allows people to move their bodies more easily, but it can also cause them to act erratically, energetically, and to manifest new addictions. The complexity of dopamine’s effects and the pathways it uses makes tinkering with it fraught with side effects.

And that’s just the brain (plus we skipped two of the minor pathways). Dopamine circulates constantly in our bloodstream. In organs all over the body, it acts as a local messenger: in the blood vessels (dopamine opens ‘em up), kidneys (makes you urinate more), the pancreas (drops your insulin production), the GI tract (slows your gastrointestinal motility), and immune cells (reduces their activity).

Dopamine also functions as a chemical messenger in many plants with bananas containing the highest amounts. But eating a banana or another dopamine-rich food source doesn’t cause more dopamine to act on the brain because dopamine doesn’t cross the blood-brain barrier. Separate pools of dopamine exist on both sides of the blood-brain barrier and the majority of our body’s dopamine supply comes from the guts.

First, dopamine causes two types of neuronal firing. There’s the steady frequency of tonic phase vs the burst-like firing pattern of phasic phase, usually directed towards some sort of goal.

Lastly, and finally getting to our beloved cannabinoids, dopamine receptors team up with CB1 cannabinoid receptors to form something called heteromer complexes. That’s when two different receptors on the cell’s membrane link up to make a joined complex that functions differently from each of them acting alone.

By itself, a D2 receptor inhibits the release of more dopamine. But if that D2 receptor joins to a CB1 receptor, then the activation of that complex acts much more potently to lower the release of dopamine. How this might play into the usefulness of cannabinoids to treat addictions is easy to imagine. And in a mouse model of schizophrenia, treatment with cannabinoids and antipsychotics alter the heteromer complexes of CB1 and D2 receptors.

Dopamine and the ECS

A quick refresher on the endocannabinoid system. You possess two endocannabinoid receptors. CB1 is the most common receptor of its type in the human brain and is found across all of your highest functioning areas (but none of your basic functions like breathing, which is why you can’t fatally overdose on cannabis). The CB2 receptor is present in every organ and is intimately tied to your immune system. It also exists in the brain, but usually at low levels until there’s some sort of problem. Then its numbers swell to help facilitate neuroprotection and healing.

The endocannabinoid system regulates the ebb and flow of other neurotransmitters, including dopamine.

The two most well-known endocannabinoids that bind to these receptors are anandamide (the bliss neurotransmitter) and 2-AG. Plus, we have enzymes (FAAH and MAGL) that regulate the levels of these endocannabinoids, as well as transport molecules to help move them around the cell.

Unlike most other neurotransmitters, endocannabinoids are lipids – fats. This means that even small shifts in their levels can be detected by a cell and used as a delicate control mechanism. The ECS is best described as your system’s system of homeostasis and of balance. It regulates the ebb and flow of other neurotransmitters, including dopamine. The cannabinoids and dopamine converge on some key areas including sex, motivation, and addiction.

If you give anandamide or 2-AG to a rat, they copulate more. After a rat is sexually satiated, they have an inhibition against more sex that lasts up to a day. The injection of anandamide into the relevant brain area (the VTA) lowers their sexual inhibition via the D2-like receptors. The injection of 2-AG in the same area accomplishes the same task but it operates via the D1-like receptors. So, one endocannabinoid activates the inhibitor and the other inhibits the activator to enable the same goal: more sexual motivation.

Of course, as often happens with the ECS, a gender difference exists as well. According to a 2020 review by researchers at the Saint Louis University School of Medicine, the activation of the CB1 receptor can impair erections in males, whereas cannabis tends to increase sexual desire and function in females. For THC to increase sexual behavior in female rats, they need to possess both progesterone and dopamine receptors.

According to Maslow, you need to eat, you need social connection, you need self-respect. When you complete a task like eating food or helping a friend, you get a reward of dopamine, a little neurochemical treat to encourage you to keep coming back.

The endocannabinoid system modulates dopamine-driven positive reinforcement. Block the CB1 receptor and dopamine levels drop along with the reward-seeking behavior. For the opposite of rewards – negative stimuli – motivational learning is just as necessary. In mice getting jolted by electrical foot shocks in certain areas of their cage, the mesolimbic reward pathway gives a shot of dopamine to teach them the avoidance of triggering that shock. They learn the fear memory.

Activating the CB1 receptor helped mice forget their fear memory and more quickly return to baseline, a hint of why so many people with PTSD turn to cannabis. Anandamide causes this same forgetting via the amygdala – the brain’s fear center – and 2-AG does so via the release of more dopamine in the mesolimbic reward pathway. One of the overarching purposes of the endocannabinoid system is forgetting. This means that while you might not remember all the details of the movie you watched stoned, you will also more readily forget, or stop reacting to, your trauma.

However, it’s rarely simple when using a polyphonic plant like cannabis. In one clinical study, if the participants have the choice to do a harder task for more reward, giving them THC beforehand makes them less likely to choose the harder task. However, add CBD as well and it eliminates this “transient amotivational effect” of THC. You see the same thing in mice: increasing their levels of endocannabinoids facilitates their goal-seeking behavior. Life lesson: Take CBD to offset those slight negatives of your THC-rich cannabis.

Addiction can be seen as a hijacking of the motivational system. But the line can be thin between behaviors to protect yourself and those that go too far and actively harm your life. As the harm reductionist Lisa Raville says, smoking meth so you can stay awake all night because laying down means freezing to death is a wise adaptive behavior. But being unable to stop your use and then not sleeping for a few days harms your health. In either case, these patterns arise out of goal-directed behavior pathways.

The stimulant class of drugs makes you think of dopamine. Cocaine blocks the reuptake and destruction of dopamine, leading to higher levels in the synaptic cleft between neurons where the brain’s signaling occurs; amphetamine redirects transport of dopamine to the synaptic cleft; and other notorious drugs (including opioids, nicotine, and booze) also increase the firing and bursting rates of the dopamine neurons.

And perhaps most importantly, our behavioral addictions act via dopamine as well. Shopping, sex, overeating, social media, and gambling – each instance triggers that little hit of dopamine. And while cannabis may be only mildly physically addicting, like any behavior, it can be seriously mentally addicting. But isn’t that action of raising the pipe to your lips after a long day of work and kid-wrangling so soothing? Where do we draw the line between harm and health?

In a rat model of stimulant addiction, CBD lowered the likelihood of relapse, lowered anxiety levels, and improved the levels of endocannabinoid and dopamine machinery in the brain. When taking methamphetamine, CBD blocked the release of dopamine and diminished the reward effects.

Other Systems and Diseases

Let’s take a closer look at how cannabinoids act via dopamine pathways in the brain and throughout the body.

In schizophrenia and psychosis:

With all of the above, the therapeutic potential of using cannabinoids to modulate your dopamine system is significant. It remains for clinical research to sort out how best to harness this potential in humans given what should be obvious: dopamine is so much more than just a molecule of addiction and speed.

Copyright, Project CBD. May not be reprinted without permission. Lex Pelger writes articles about psychoactives and graphic novels about the endocannabinoid system. He publishes a weekly cannabinoid science newsletter Cannabinoids & the People and conducts 1-on-1 education sessions on using CBD, PEA, THC & CBDA for serious health conditions. 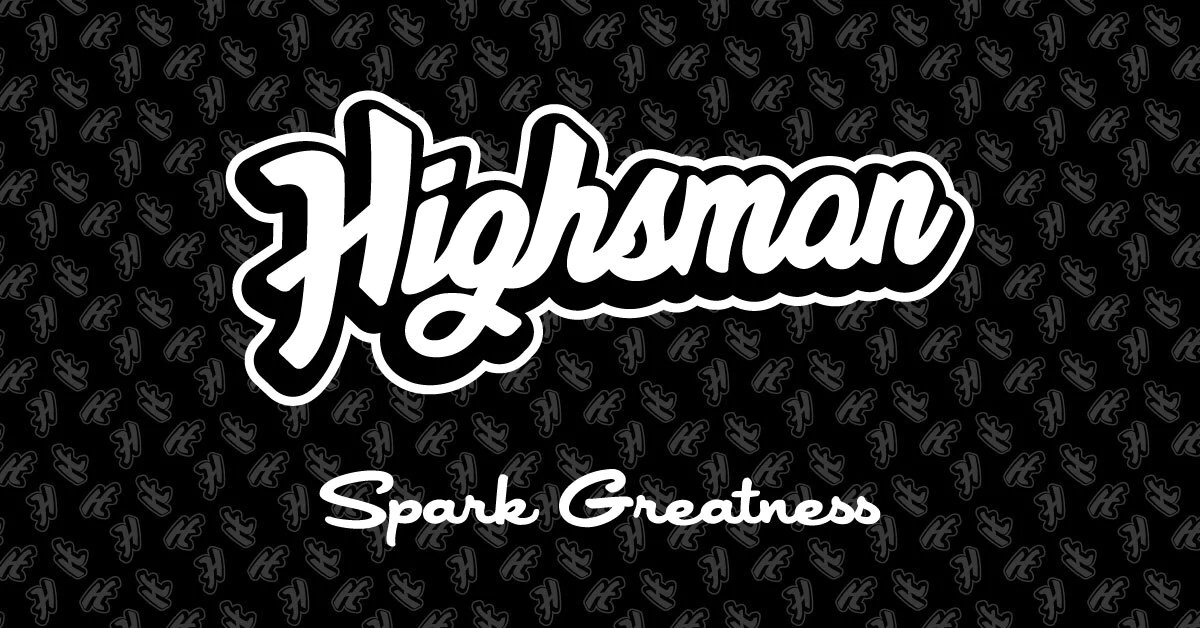 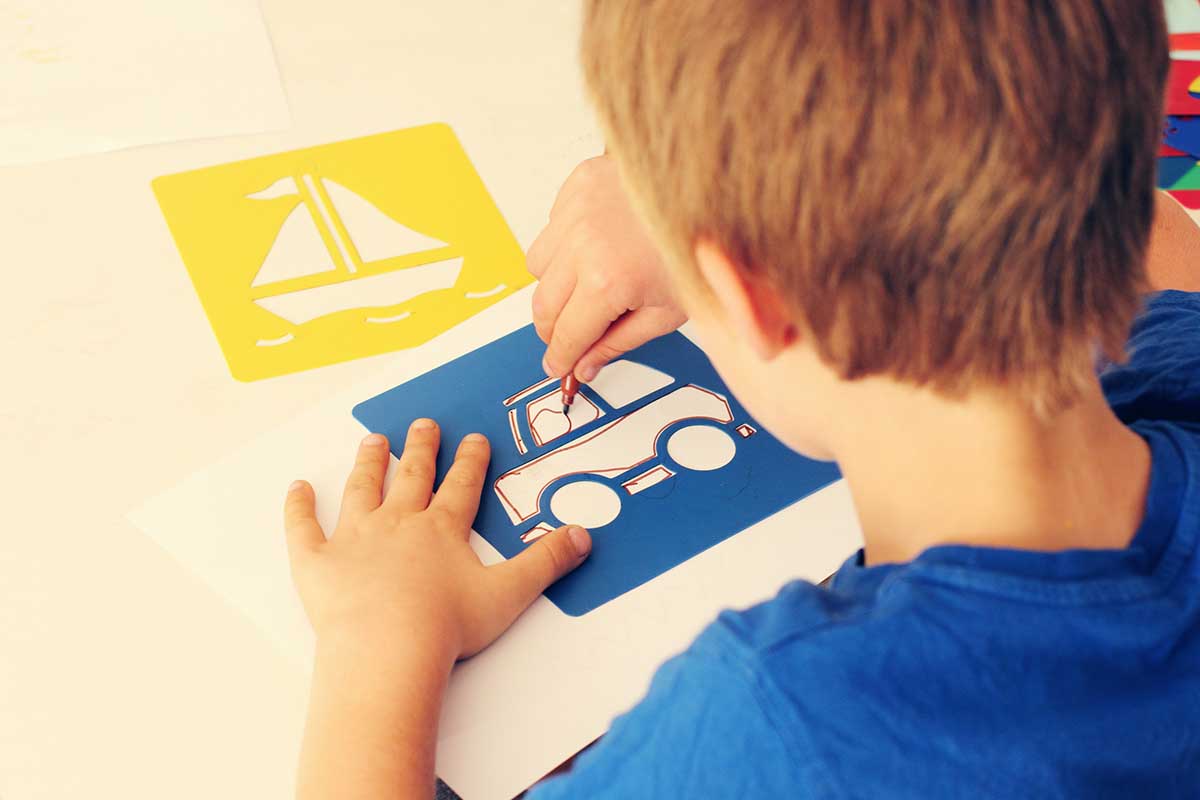 Next Story:
Use of CBD potential customers to medical enhancements in children with autism