7 Major Fibers & Textiles In The World And Their Carbon Footprint 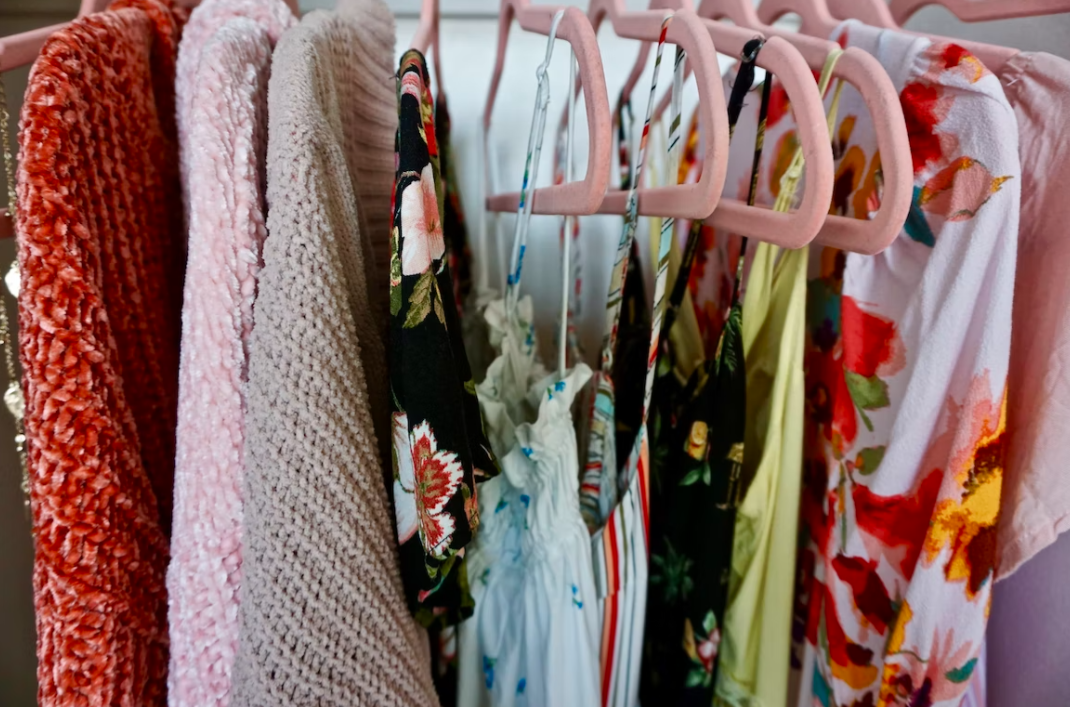 Ever considered how your clothes affect the environment?

All clothes are made of fibers, but how we buy, wash and discard them makes all the difference.

Unfortunately, about 3% to 6.7% of carbon emissions are caused by the irrational buying of clothes.

We mostly overlook this elephant in the room because of easy accessibility, affordability, and availability. But it’s vital to look beyond seizing the final product because fabric embodies energy.

What may surprise you is that most of these fibers’ carbon print is largely connected to how much energy is required to produce it and its conversion process.

Most Commonly Used Fibers and Textiles and Their Carbon Footprint

Here’s a quick comparison table of the carbon footprint per 2 square meters of different fibres and textiles.

As the most popular cloth-making fibre in the world, it’s grown on every continent except Antarctica and Australia.

Here’s an illustration of the total emissions of GHGs in 2012. It’s reported that 70% of the GHG emissions of cotton are at the consumers’ end.

It requires millions of gallons of water to produce one pound (0.45 kg) of conventional cotton. Excess usage of pesticides and energy in producing cotton also causes severe soil degradation.

Several sustainable ways, like recycling at the consumer’s end and retaining good soil on the primitive side, have played a good role in making cotton a moral fiber over the past years.

Acrylic fabric is a manmade polymer fibre from petroleum or natural gas. It’s soft, lightweight, silky, easy to care for, and lasts a long time.

Acrylic fabrics have been widely used to make sweaters, hats, and area rugs. They are famous in the fashion industry because of their durability and ability to keep you warm in cold weather without being too bulky or heavy on your body.

It’s non-biodegradable and non-recyclable and has an immense impact on the environment.

Not only is it hydrophobic, but acrylic fibre also releases microplastic every time it’s washed. Also, given its nature, it can last up to 200 years in landfills, continuously releasing toxins into the environment through the period.

Mostly known for its lightness and luxurious feel, linen is made from the fibres of the flax plant. They grow in temperate climates.

It has a low carbon footprint because it grows in the wild and doesn’t require pesticides or other chemicals. Undyed linen is biodegradable.

They don’t require water-intensive processes, making them sustainable fibres. Linen fibres are harvested by hand; it takes about 5-6 months from seed to harvest.

Nylon is another popular fibre made from polyamides, semi-synthetic fibres spun into thread and woven into cloth. It has become one of the most popular fabrics for swimmers.

The fibre is heavily treated with chemicals, bleaching agents, and synthetic dyes contributing to water pollution. It can also cause cancer and increases the risk of skin allergies.

No form of nylon is biodegradable. The nitrous oxide produced during its manufacturing process uses large amounts of water and energy.

Silk is one of the most luxurious fabrics on Earth.

It’s made from the cocoon of a moth called Bombyx mori and takes about six months to grow—but then it takes over 2000 years to decompose.

Though biodegradable and long-lasting, it’s known to have the worst environmental impact. It’s soft and light but also very expensive to produce.

According to PETA, to make one kilogram of silk, 6,600 silkworms are killed. Silk isn’t a cruelty-free fibre due to the unhealthy methods used in production.

Probably the one with the worst impact on the environment is wool.

It gobbles up precious resources apart from the terrible suffering caused to sheep for wool production.

Polyester is a synthetic fibre from petroleum and natural gas used in clothing, carpeting, and other household items.

It’s dimensionally stable—meaning it won’t shrink or stretch like cotton does when it gets wet—and moisture resistant.

It takes two to three times longer for polyester to decompose in the ocean than cotton. And polyester releases twice as much greenhouse emissions as cotton.

The carbon footprint of making polyester is high, with up to 2,300 kg per tonne of polyester. It requires lots of fossil fuels and energy to produce.

In fact, according to one study, polyester production releases more than twice the amount of greenhouse gases as cotton production.

The textile industry is one of Earth’s largest greenhouse gas sources due to its huge size. Speaking only of the EU, a report shows that citizens bought over 6.6 million tonnes of clothing and footwear in 2020.

Since ancient times, textiles have been used for clothing and are one of the oldest industries in the world. It has many harsh environmental impacts, but water use is one of its most significant effects.

To put things into perspective, making a cotton t-shirt takes approximately 2700 litres of water. It’s equal to the total drinking water of an individual for 900 days.

The textile industry is responsible for 2% of global water pollution, 80% of all textile waste, and a large portion of deforestation.

Fashion’s carbon footprint is huge, and 10% comes from human activity in selecting apparel.

There are several ways for you to reduce fashion’s environmental impact, from choosing more eco-friendly fabrics to making sure that your purchases are well-maintained.

Some ways you could do your part in reducing the carbon footprint of your clothing.

How Hemp in Textile is a Win-Win for Us and the Environment?

Hemp is an excellent example of how textiles can be made with minimal environmental impact.

It is a sustainable crop easily harvested with numerous uses, including textiles and paper products.

It has been used for centuries in textiles, making it an ideal plant fibre that can benefit society while reducing our carbon footprint.

Hemp fibre can reduce energy consumption at production sites by up to 90 per cent compared to cotton fibre production methods.

The cultivation process also releases fewer greenhouse gases into the atmosphere than cotton cultivation because it doesn’t require pesticides or herbicides.

Instead, hemp farmers rely on natural predators such as birds and insects instead

We hope this article has given you a better understanding of the carbon footprint of different fibers and textiles. The textile industry should be taken more seriously by everyone because it affects all of us in our daily lives.

It’s not just about environmental protection but also human rights and ethical issues such as animal welfare.